The Value of Ten Minutes

What is the value of a minute?  Of five minutes?  Can ten minutes make a difference in a day?
Flying along the Kansas Turnpike at the usual 5 mph over the speed limit rush, returning from a doctor’s appointment in Kansas City, we were commenting about the profusion of yellow flowers along the side of the road being bent and shaken by the early fall gusting winds.  Were they Sunflowers?  They looked like they might be, but they seemed smaller and without dark centers.  They didn’t look like Brown-eyed Susans.  And then, some looked like merely yellow background plantings to the tall Bluestem grasses growing unmown in the steep cuts along the highway. 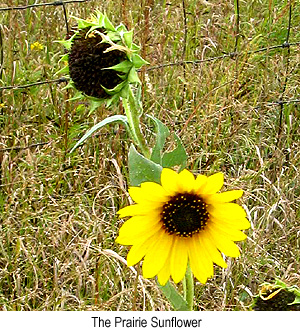 As we approached the Bazaar Cattle Pens exit, on the spur of the moment I quickly checked the rear-view and did a right-turn onto the access road to the corrals used only by the local ranchers to load and off-load cattle.

There before us, on both sides of the crumbling and narrow road, was the golden bounty we had been seeing flash by our windows.  Masses of yellow flowers filled the sides of the road.

“There’s what they are.  They’re yellow centered sunflowers.”
“Maybe it’s Compassplant.  I think Rosinweed also kind of looks like that.”
“Oh, there are some with brown centers.” “Those are Prairie Sunflowers and Maximilion Sunflowers.  Look how they grow up and around the fence posts.  We need to get a picture.” 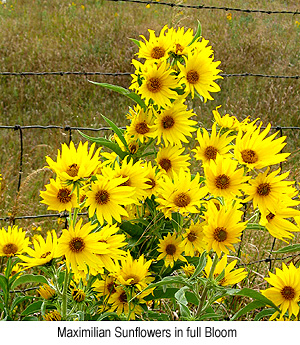 “What are those yellow ones back there?” “I think that’s Goldenrod.  How are your allergies?”

“Those down in the pasture look different.”
“That’s Broomweed.  Look how the yellow fades into the light green and brown of the prairie at it runs to the horizon.  Look at those clouds.  They look like white cotton piles in the light blue, dusty sky.”
“Can we drive over to see the cattle pens?”
“Wow, look at that view across the hills!”

Those ten minutes were enough to build our entire day around.  As we carefully pulled back onto the highway, it was like a heavy weight had been lifted from our shoulders.  We saw the flowers along the roadside with new eyes.  The scenery flashing by had taken on new life.  The car had been transformed from a means to the destination to a panoramic view of the journey.  The rest of the trip I found myself driving slower so we wouldn’t miss anything.  We arrived a little later but refreshed and much richer for the stop along the way to look at the flowers. 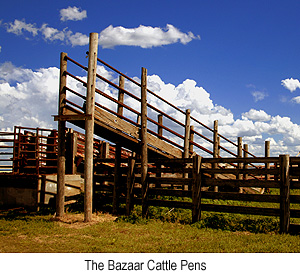 What’s the value of ten minutes?  For us it turned a stressful, hurried day into a memory of a glorious, golden afternoon in the early fall of the Flint Hills.  How much is that worth? 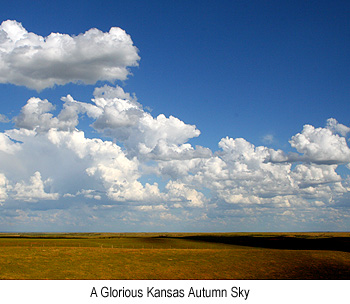